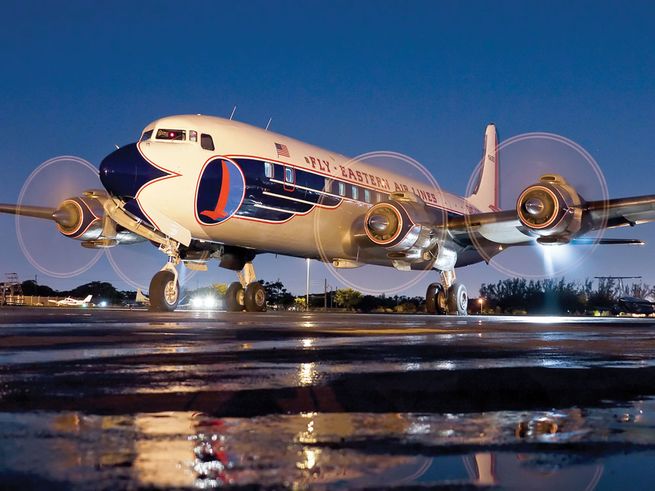 DC-7B N836D (c/n 45345) was delivered to Eastern Air Lines on January 23, 1958, just a few months prior to the advent of the jet age. This plane took an interesting path from there to its current state, after serving as a commercial prop plane for many years. After a painstaking restoration that is chronicled here, it seems there ultimately wasn't enough commercial interest to keep this majestic bird in the skies. Apparently, she now rest on the ground in Charlotte, NC.

During the restoration project mentioned above, it is interesting to note that RECMAR 3294 Aluminum Curtain Track was used to restore the window curtains similarly to the way the plane's cabin was originally configured. An image of the restored cabin is shown below. 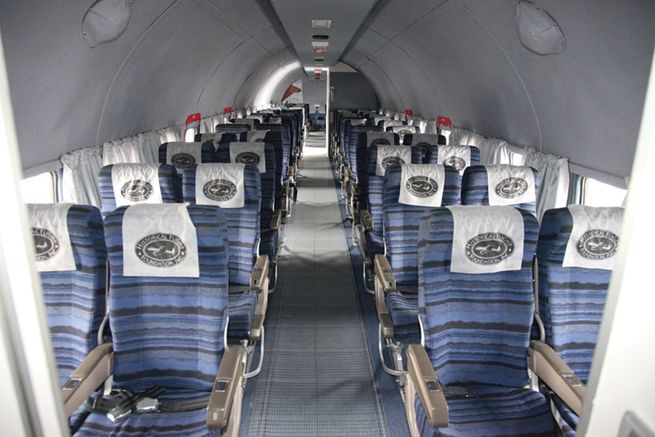 By contrast, the image below is a historical postcard image from a different DC-7 to give you a sense of the original passenger configuration with the hat rack. 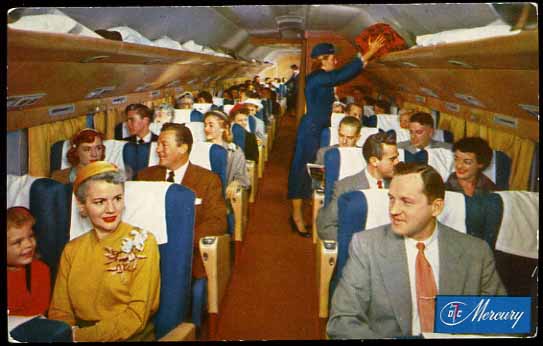 RECMAR's various aircraft interior components marketed under the Galietti product line are used in countless aircraft restoration projects. These products have been used by many of the major aircraft manufacturers (OEMs) including Gulfstream Aerospace, Piper Aircraft, Cessna, and LearJet during new plane fabrication, as well as numerous companies that refurbish airplane interiors.